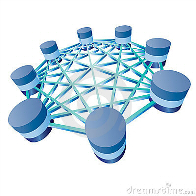 SQL is a programming language created to manage data stored in a relational database management system, or RDBMS. The language was originally based on tuple relational calculus and relational algebra. SQL includes both a data definition and data manipulation language. The primary scope of the language includes operations for data insert, update, query, delete, scheme modification and creation, and data access control. Although SQL is declarative, it also includes a number of procedural elements. It was also the first language used in relational databases and became an ANSI (American National Standards Institute) in 1986. One year later, SQL became an ISO (International Organization for Standards) standard and has been improved upon several times since them to include new features.